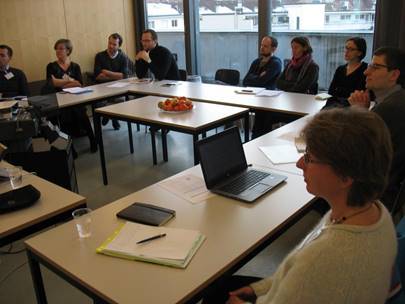 The second Community of Practice meeting was held in Basel for the URBANFLUXES project. At the meeting, nine people from Basel municipality and the region were present as well as five members of the URBANFLUXES team. After Eberhard Parlow introduced the project and its aims, Christian Feigenwinter presented the first results regarding the anthropogenic heat flux (Qf) from Basel and London. The IPCC calculated an average Qf of 65W per m2 for urban environments and the project results should be of the same order of magnitude to be plausible. Calculating the residual of the urban energy balance is the method of UF, and UF compares this calculated Qf to data from the inventory method. In London a data inventory is used with high spatial specificity; the LUCY model calculates energy consumption and produces spatially divided numbers. It is based on population density, the spatial effect of work and private (day /night and week/ weekend pattern), transport data with vehicle speed, energy use data, etc. For London satellite pictures are available from overpasses in different seasons at 11:00. The Qf of London seems to be between 200-300Wm2 at 11:00 hours. In Basel 6 different administrations had to be involved for acquiring the data in Switzerland, across the French border and for the German part. A simulation with LUCY followed; Qf was calculated by Reading and is presented as maps. In Basel at the peak 80W/m2 is produced in March, so Qf of Basel is low compared to London.

The problems with data acquisition across borders was further discussed in a presentation by Boris Stern of GeoRhena. GeoRhena is a European office that aims to improve cooperation in the upper Rhine between France, Germany and Switzerland. Data from the three countries become available through GeoRhena in the form of GIS maps. There are many differences in the data between nations and offices and it is too much work to acquire and adapt all of them. This is why GeoRhena works on request only. It can take between six months and two years to produce the requested maps. Placing a request now will be too late for the UF project.

In the discussion the question was raised what UF can contribute to Basel when all energy is already renewable, and the energy regulations for construction in Basel are already very strict? For example, in Basel-Stadt active cooling is not allowed for buildings (only small scale air conditioning for one household); and heating of buildings with electricity is not allowed since 10 years. Basel-region is less strict and so are Germany and France. The researchers explained that it does not matter if energy is produced in a sustainable way; the heat production is the same. Also, traffic and old buildings still produce a lot of heat. Energy can be saved with better insulation. This reduces anthropogenic heat significantly. It would also be interesting to investigate the effect of the strict laws by comparing the heat production from buildings of Basel-Stadt with the region. Another potential use of the project is to reduce the urban heat island effect; the human input of energy is not the only factor that heats up the city, the sun is most important and different building materials and urban green can make a difference. This will in turn reduce the need to cool buildings. 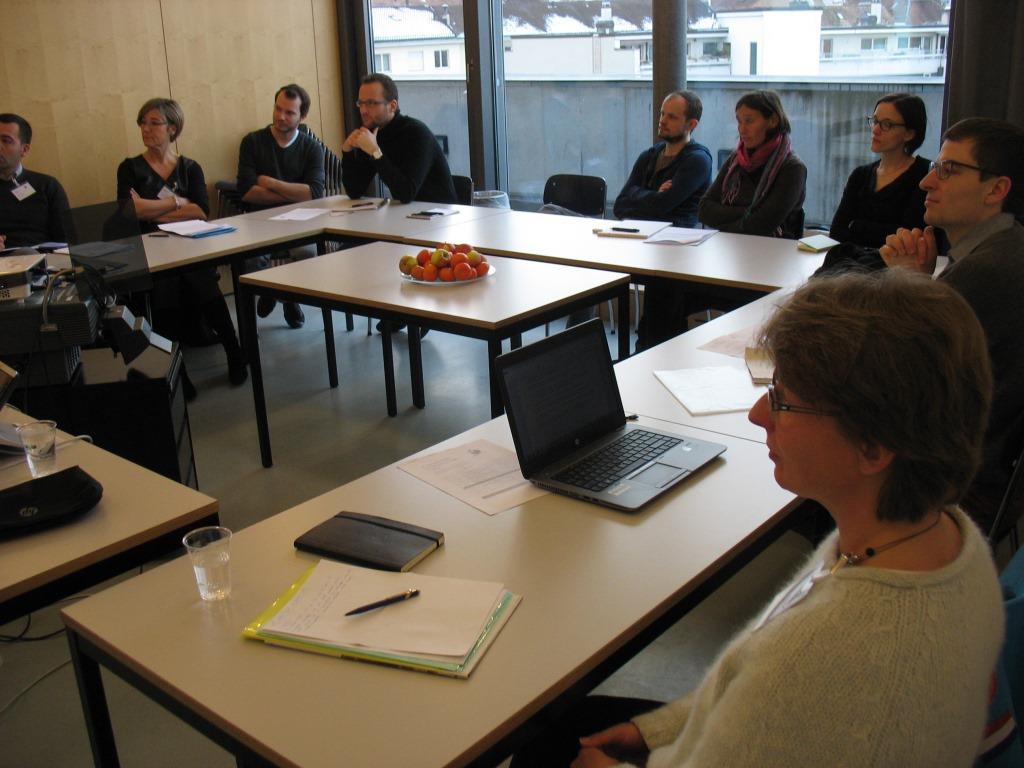 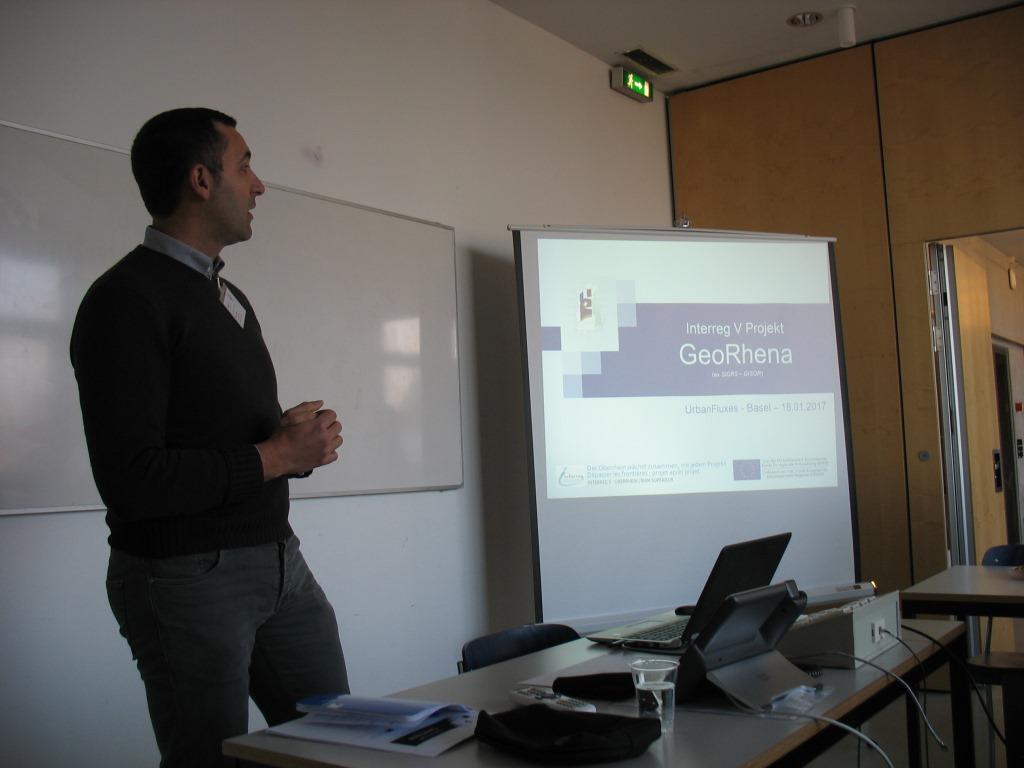